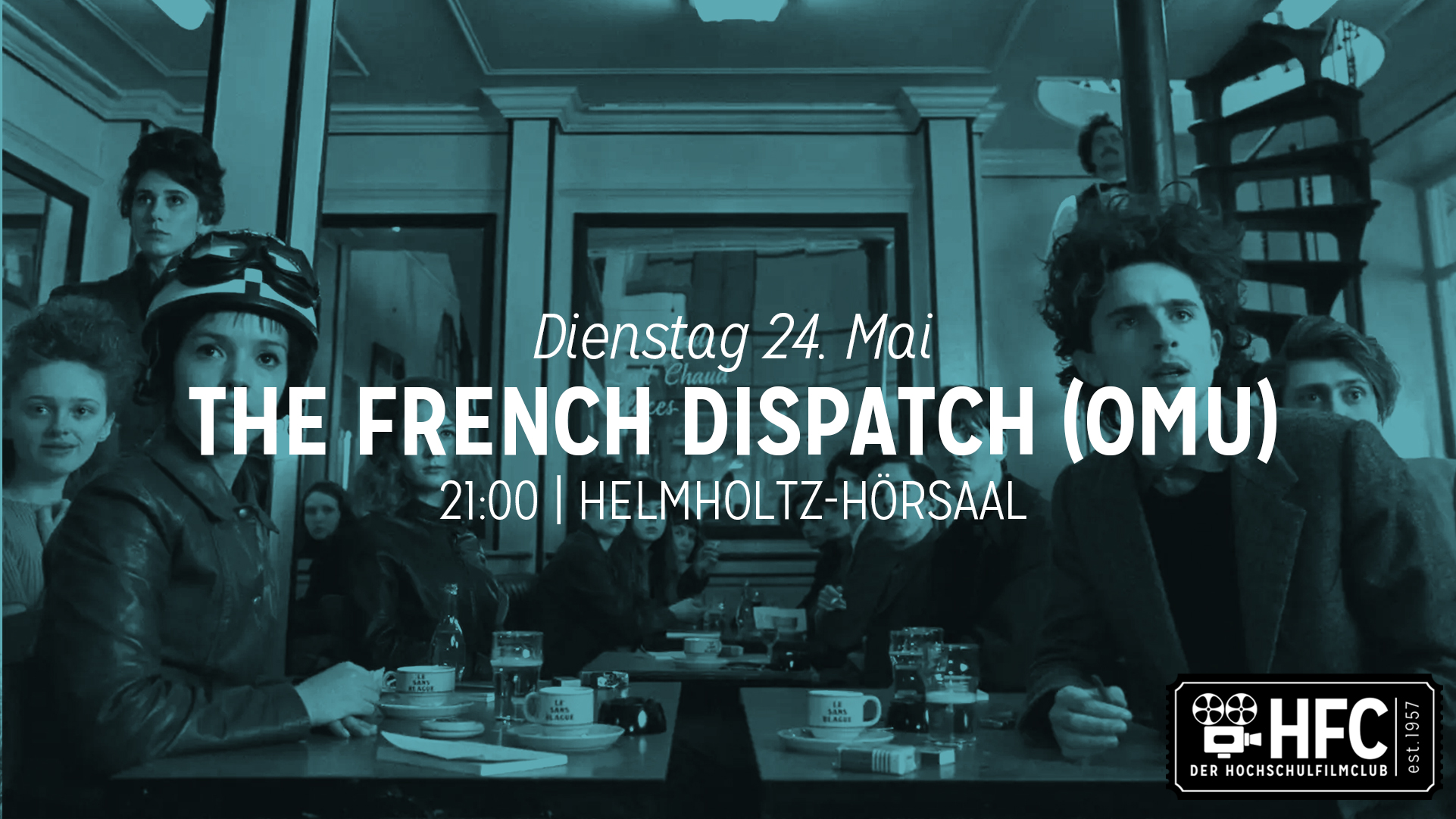 The eponymous magazine „The French Dispatch” is the French branch of an US newspaper, its editorial department located in the picturesque city of Ennui-sur-Blasé.
When editor-in-chief and founder Arthur Howitzer Jr. dies, his testament states the immediate dissolution of the magazine. His staff, however, insists on releasing one final issue, in which some of the magazine’s biggest and weirdest stories are reprinted:
A convicted murderer finds a new creative muse in the form of his female jailor. A reporter revises the manifest of a student revolutionary. And only a legendary chef can save the police chief´s kidnapped son…

“The French Dispatch” is a rollercoaster ride into the bizarre and absurd. In this ode to literary journalism director Wes Anderson keeps to his well-known style and guides the spectator through meticulously planned out set designs and compositions, depicting the French town Ennui. The eccentric reporters acting as the observers to the aforementioned stories this movie tells, are only the tip of an iceberg of quirky characters, which Anderson filled with an impressive cast of Hollywood celebrities.