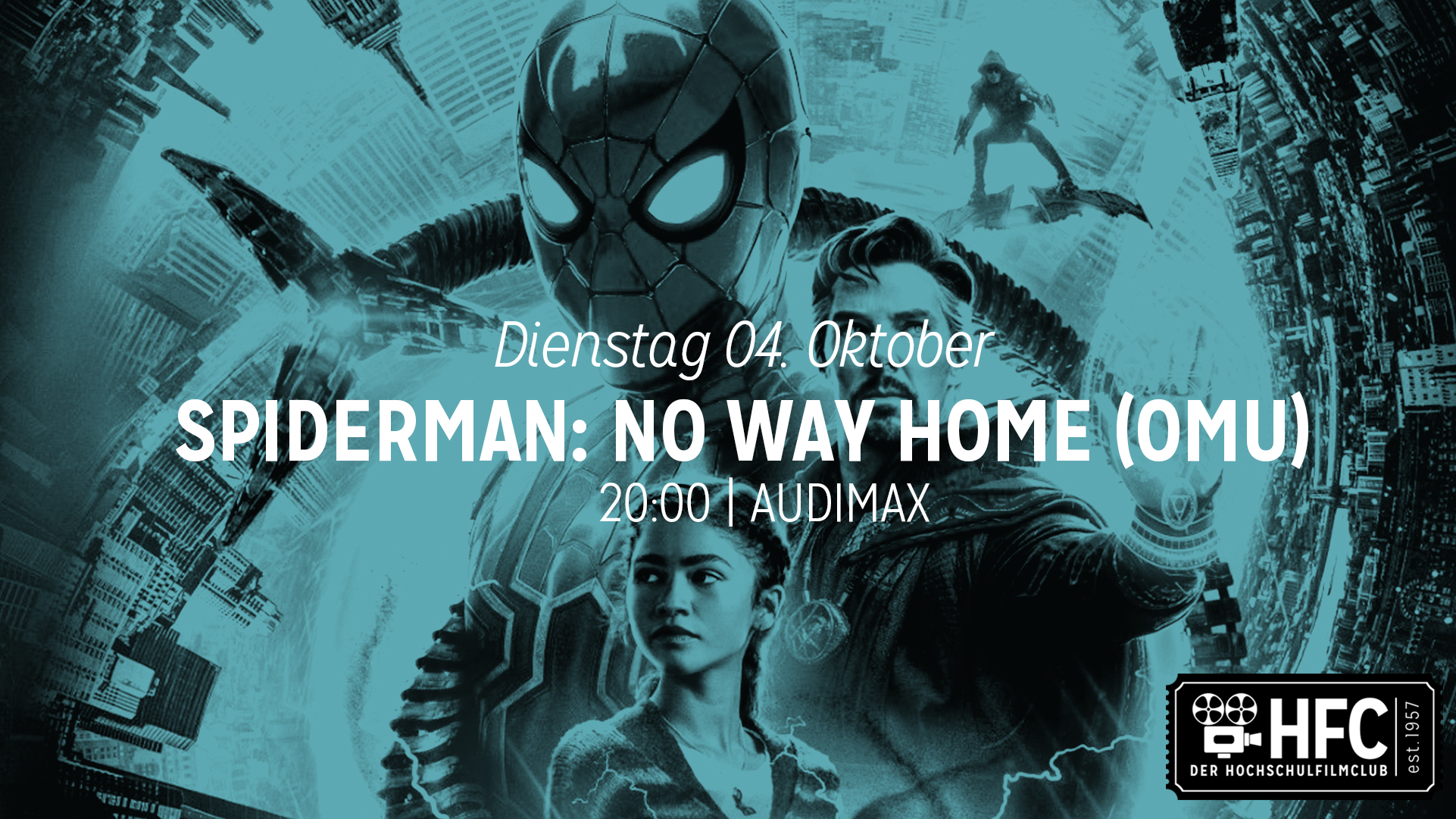 We are back and start the new semester with our well-known Erstikino!

Everyone on the planet knows that Peter Parker is Spider-Man, as Quentin Beck aka Mysterio revealed his identity and portrayed him as his killer before his death.
This brings the quiet high school life he and his friends MJ and Ned previously enjoyed to an abrupt end. Finding a college for the three of them seems impossible now as well.
To change this, he seeks out Dr. Stephen Strange to make the world forget who Spider-Man is. However, when Peter realizes that the spell would also affect his friends and his Aunt
May, he intervenes, causing the spell not to go off as desired. As a result, villains from alternate universes appear, most notably Dr. Otto Octavius aka Doc Ock. Now it’s up to
Peter Parker to once again fix the mess he caused.

With this film, Disney and Sony build an overwhelming bridge between their respective interpretations of the friendly neighborhood spider, creating a fanservice fest for all lovers of the Spider-Man franchise.