Judas and the Black Messiah (OmU) 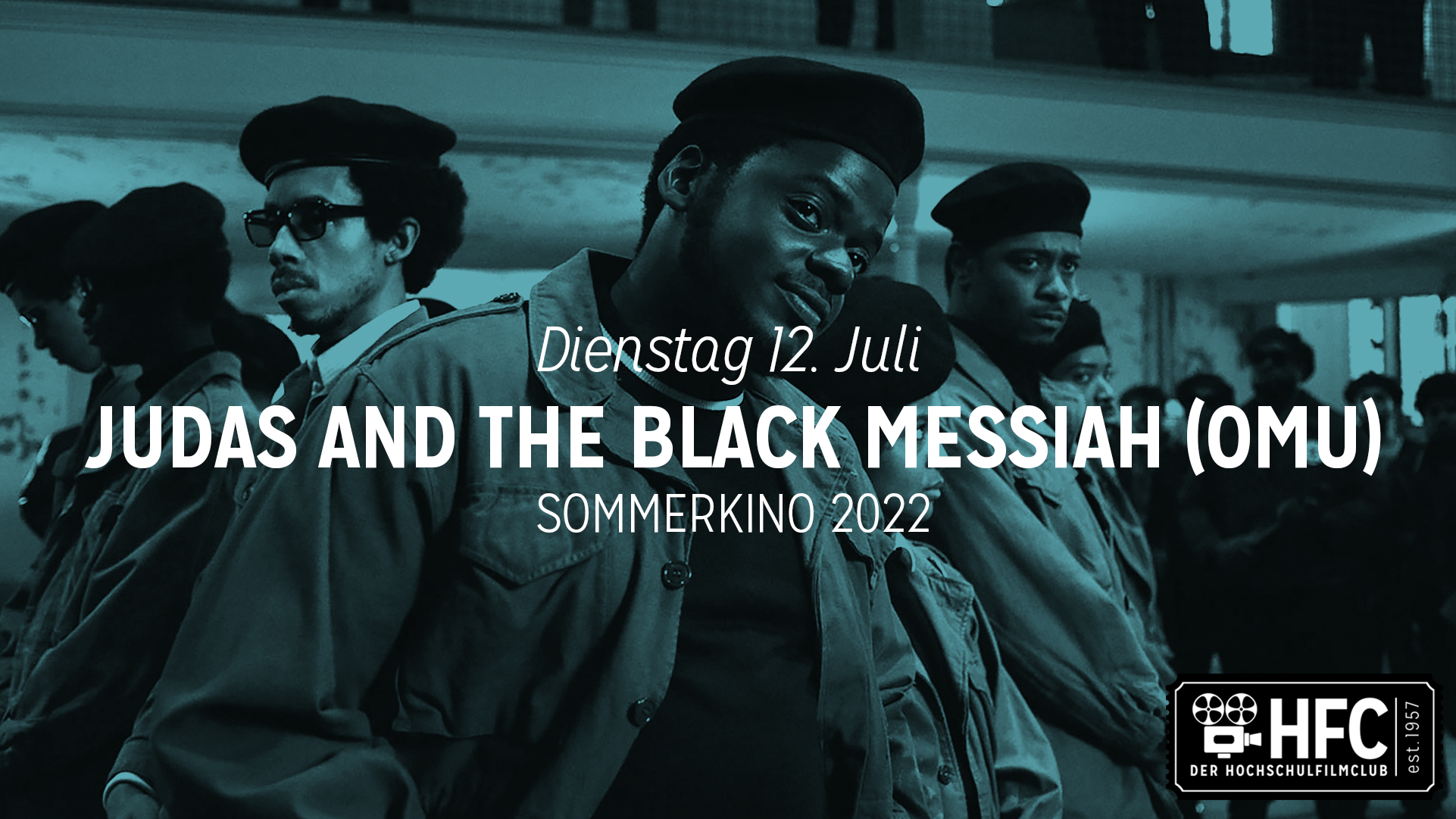 In the late 1960s, 17-year-old minor criminal William O’Neal is offered by an FBI agent to drop his attempted carjacking charges if he infiltrates the Black Panther Party in Illinois and spies on its leader Fred Hampton. Hampton’s agenda includes forming alliances with rival gangs and militia groups and supporting the community through “Free Breakfast for Children”. Until now, O’Neal was sure he could manipulate both sides. But Hampton continues to ascend the ranks and falls in love with a fellow militant, leaving O’Neal more and more caught between two chairs.
This film is an incredibly gripping masterpiece. Daniel Kaluuya as Fred Hampton is simply stunning, his charisma is captured perfectly, which is not only evident in a scene where he gives a rousing speech from a standing start. The topic of the film is still very relevant today and is presented here in such a captivating way that afterward you have to read up on the more detailed history of Martin Luther King, Malcolm X, the Black Panthers, and the black civil rights movement in the USA.