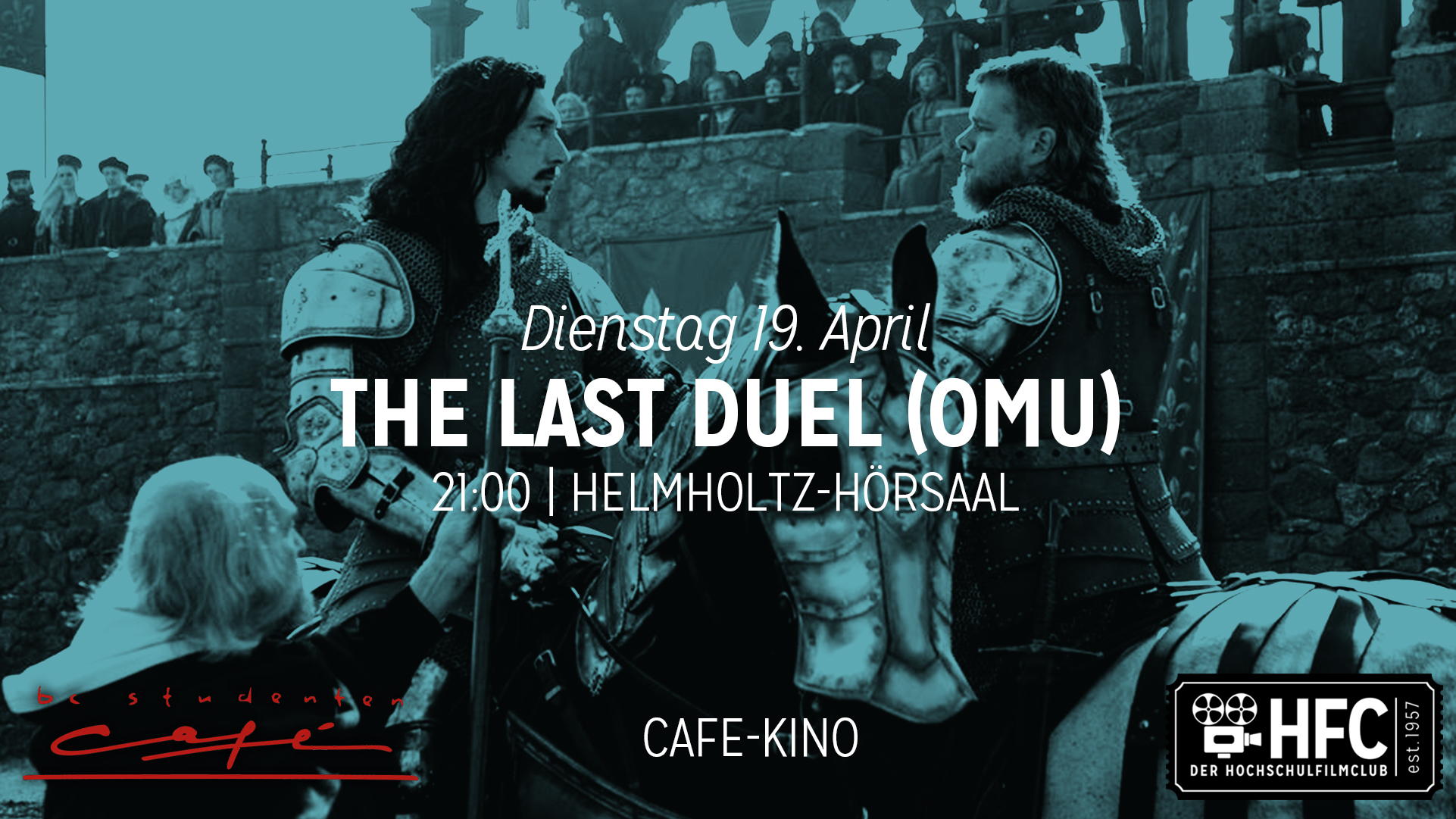 In „The Last Duel“, Scott tells the events leading up to the historical duel of 26 December 1386 from the three different perspectives of the main characters. Marguerite de Carrouges, the wife of Jean de Carrouges, accuses her husband’s friend Jaques Le Gris of raping her. Le Gris denies and is supported by Prince Pierre d’Alençon. So, Jean de Carrouges approaches the French king to demand a duel to the death between him and Le Gris. For in 14th century France there was a belief that God would help the one who spoke the truth to victory. In doing so, however, de Carrouges risks not only his life but also that of his wife, who could be banished at the stake for making false accusations.

Ridley Scott stages a relevant topic in an unusual way. The more often the plot is told with subtle differences, the more the story grips you, although the film does take its time to let all parties have their say. The story comes to a climax and, in the Scott manner, unloads in a knightly duel with brute elemental force.