Everything Everywhere All At Once (OmU) 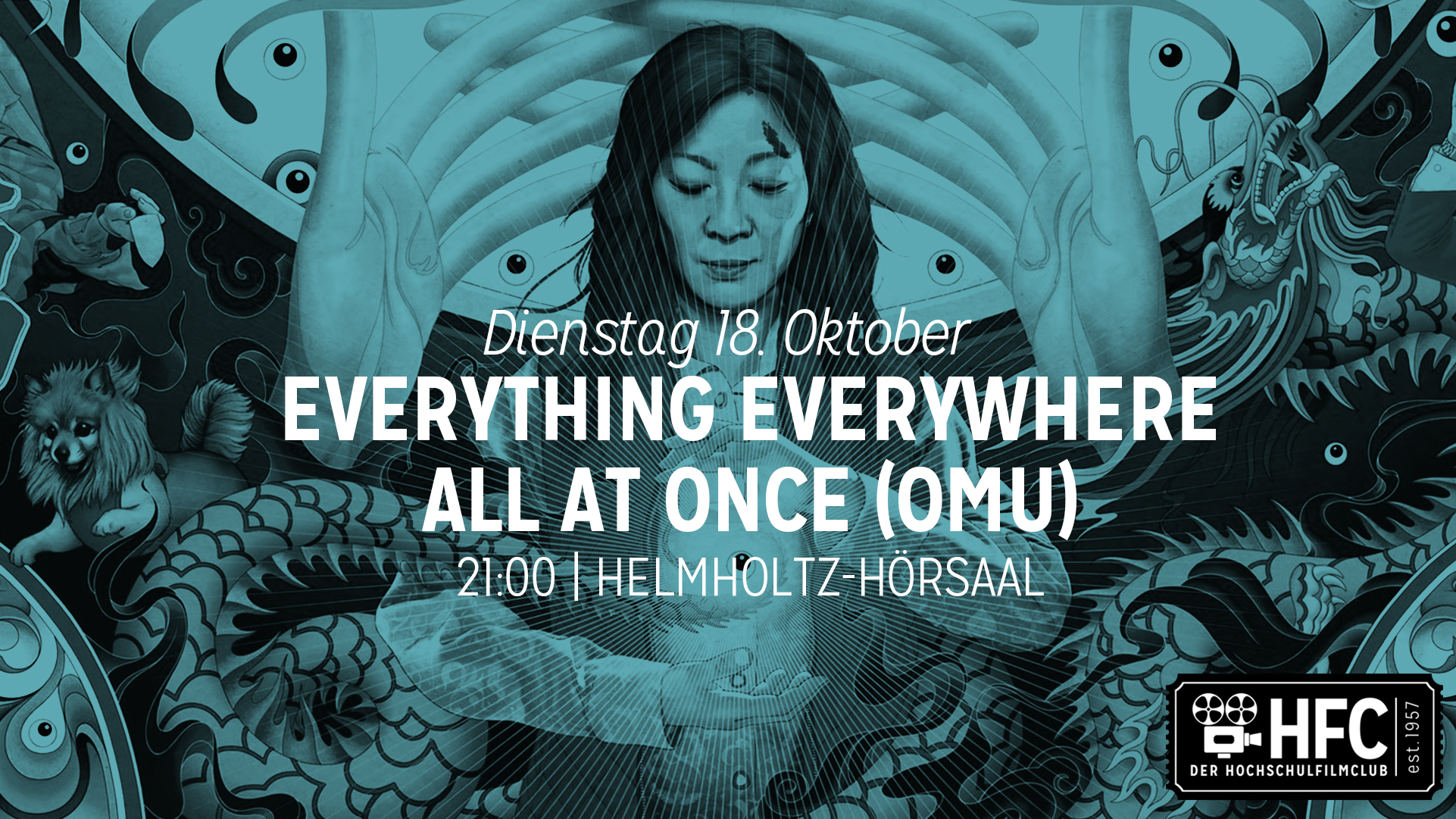 Evelyn Wang is a Chinese immigrant living in America. There she runs a small laundromat with her husband Waymond. In addition to her business struggeling at the moment, Evelyn has to face a multitude of other worries and problems: the salon is being investigated by the IRS, her husband wants a divorce, her father, who has recently arrived from Hong Kong, has problems with American culture, the Chinese New Year celebration has to be planned and prepared, and her daughter wants to introduce her girlfriend Becky to the family. During the visit to the IRS, Alpha Waymond, an alternate version of Waymond from another universe, suddenly takes over the body of Evelyn’s husband. The latter explains to her that she must use the „verse-jumping“ technology developed in
the so-called Alphaverse to save the multiverse from the evil Jobu Tupaki by harnessing the abilities of all her versions from other universes. EEAAO tells a story of the problems of everyday life and how people face them. This mad two hour journey depicts how alternative decision-making paths in our lives would have looked like and becomes a very successful mix of many different genres at the same time.